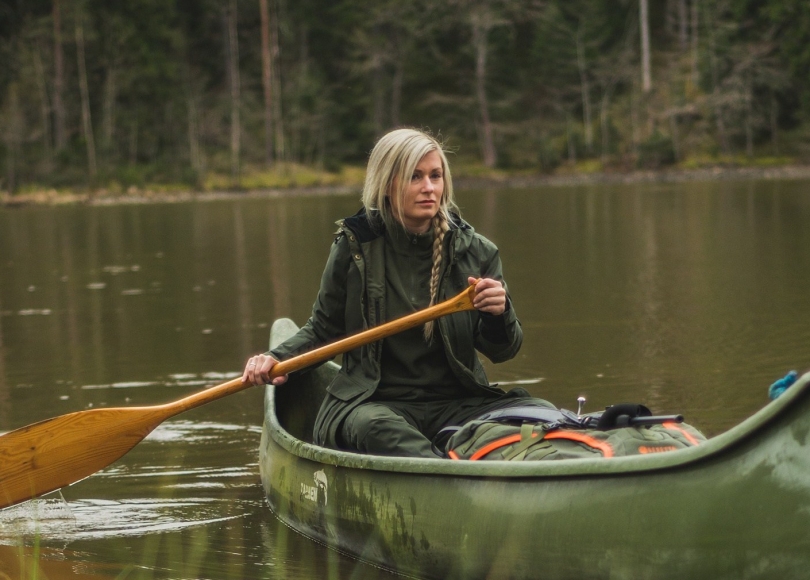 Why do you hunt?

This is a question I often get. So often that I have lost count. Often the question gets asked out of curiosity, but once in a while the person asking me the question is a wee bit more hostile. If you ask me why I hunt out of curiosity I will not have any problem answering you. But if you are an anti-hunter with the perception of hunting as only a blood sport with all hunters as evil-minded people, you better expect some hostility from me in return. To all of you anti-hunters who go after hunters with a passion – I have only one thing to say to you: Think carefully as you unabashedly proclaim that every hunter is bloodthirsty lowlife with no human emotions as sport a nice leather belt or a fancy leather purse. If I had a pound for every hypocrite decrying hunting while eating meat and buying animal products, I would probably be just as rich as Donald Trump. If I were as rich as Donald I would probably try to run for president to. That would be a scary thought wouldn’t it? Well, enough about that. I wasn’t going to write about old Donald with his comb over and my imaginary presidential candidacy.

Hunting is a controversial topic in today’s modern society, and I understand that fact. It will likely continue to be a more and more controversial topic as society evolves. We are moving further and further from our true nature. If we go back in time, hunting in combination with fishing and gathering was our most important source of food. We had to hunt to survive. I get that that’s not the case in today’s modern society. We don’t need to hunt anymore to survive. We can just go to our local supermarket and buy some meat. No stress.

Even if we don’t need to hunt to survive anymore there are still a lot of passionate hunters in the world, and there is a lot of reasons for being a hunter. You could say that I don’t need to hunt to survive, and I would agree with you on that fact. But nevertheless I would rather eat something I shot myself. I would eat it with a better conscience knowing that the animal had the best living conditions it could possibly have before it was died. And last but not least – I would eat it knowing that the meat was clean and un-tainted by chemicals. Wild game is the best meat you can have.

I’m far from a bloodthirsty monster who roams the wilderness with only one goal in mind– to kill everything in sight. I use my head when I hunt and I think ahead. You can’t shot out an entire population – then you would have nothing to shoot the following year. That would be like peeing your trousers when it’s below freezing point outside. It feels good at the time, but the aftermath really stings. Both me and other fellow hunters focus on conservation through hunting. I will admit that not all hunters have this focus, but at least all good hunters do. A good hunter is the best conservationist there is – in my opinion. A good hunter does everything in his or her power to see that populations remain at a sustainable level. A good hunter would not shoot an animal if it had negative consequences for the species.

Even though in some cases choose not to shoot an animal, I am not proclaiming to have a halo around my head. I don’t take my gun out just to walk around with it. My gun is not a dog. My gun does not get bored if it’s kept inside a gun safe. If I take my gun out I do it with purpose. That purpose it to find an animal it would be beneficial to shoot and then make sure I get a good opportunity to get a clean shot.

I am a hunter and therefor I kill. It sounds bad, but there is no way around that fact and there is no prettier way of saying it. At the same time I don’t see a day out hunting as unsuccessful if I don’t get to shoot an animal. There are sometimes long periods without success. But that fact does not take the joy out of hunting. Hunting is not just about the kill. There are a lot of other factors which make hunting so amazing for me. When I’m out hunting or fishing, every worry and stress I have is forgotten. I just enjoy living in the moment. I absolutely love all the challenges of hunting. I love the struggle and I find something incredibly appealing in the solitude found deep in the wilderness miles away from other people. Even the days when I’m out hunting and never even see an animal to shoot, there is so much beauty to be found in the simplest things in nature. It’s these things which make every day hunting a good day.

There are probably tens of thousands of books written about self-help. Us humans are always on the search for something. That something is happiness. True happiness. We long to find it. Whatever true happiness means. I am one of the lucky ones. I have found my happiness in life. I found it in the wilderness hunting. The joy I get from can’t be compared to anything else in my life. It’s consuming. If you are a hunter and reading this I think you will recognize the true feeling of happiness I describe. If you’re not a hunter I hope you find your happiness in life – even if it’s not hunting. To find something that you truly enjoy doing is something not everyone is fortunate enough to do in their lifetime. I am forever grateful to have found something that I love with all of my heart. Hunting for me is the very symbol of happiness, and no anti-hunter can take that away. 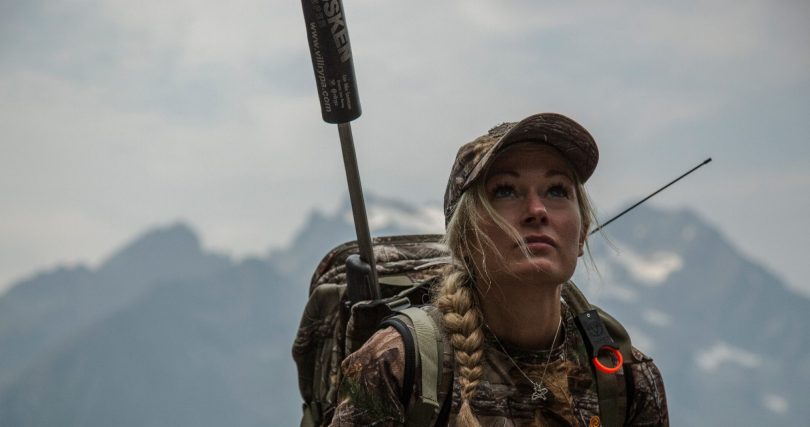 Carry Your own gun

I see it everywhere I look.
Girls playing on their sexuality to get ahead in the world.
Bloggers, on the TV screen, and, believe it or not, now even to get known as a hunter on social media. I see it especially on Instagram but even in hunting films. I have to say; I think it is sad that young girls believe they have to degrade themselves just to get likes and followers.

Because, what on early does sex have to do with hunting? When did it become normal to pose with full-on party makeup beside a dead animal? When did it become normal to pose almost naked beside an animal you just shot? I must have dozed off in class when this was being taught. This is not normal in my eyes. Why on earth do girls have to play on looks in order to succeed as a hunter? In my book this is not what hunting is about.

Before you arrest me for saying this, yes, I do wear makeup pretty much on a daily basis.

I do wear dresses and high heels in the right settings. I do not wear camouflage clothes on the beach – I wear a bikini like everyone else – if the weather is nice enough that is.

On the other hand, when I am out hunting, I wear clothes that are appropriate for hunting and don’t wear a face full of makeup. If I were to be out for 10 hours in the wilderness it just wouldn’t work out to do anything else.

When I sweat, get dirty, have the wind and rain lashing in my face, I would probably look like a member of the band Kiss if I were thoughtless enough to put on a lot of makeup. If I did put on makeup and you were unlucky enough to meet me in the wilderness, I would probably scare the hell out of you!

On top of it all, I sometimes get sand and dirt on my face, or even blood from a kill – not that this ever puts a dampener on the joy I get out of hunting.

Another thing, I can promise you there is not a blow-dryer or straightener in the world that could make my hair look even slightly okay after hours in the wilderness, hunting in every kind of weather imaginable. I probably look like Tina Turner on a bad hair day, and that’s okay by me.

I am just as much a hunter as male hunters, and I don’t have to look my best when I go hunting. I expect for myself, and for all other female hunters, to be treated equally and with respect no matter what we look like when out on the hills. I expect that we can do what we love without having to bring makeup and a mirror in our backpacks.

The main part of the film was okay, but one sequence stood out as awful in my eyes.

What aggravated me was the young female in this movie who stood behind a couple of dogs and two male hunters. She wore tights that showed off her curves and it was obvious that she was in the film for eye candy for the male hunters. One of the male hunters even carried her gun for her!

After the dogs had managed to frighten the bear up a tree in which it was totally defenseless, one of the male hunters came and helped the girl aim at the bear. All she had to do herself was to press the trigger and then she had shot a bear. Is this really hunting? I was left with a feeling that this sequence of the film was more about the beauty of the girl rather than actual hunting.

This left me wondering if some male hunters use young, beautiful looking girls just to promote themselves. If this is hunting, it sure is not my cup of tea.

Enjoy hunting and being in the wilderness.
Enjoy nature and all it provides for you.
Enjoy living out your dreams.
Enjoy the fact that you can succeed in something on an equal footing to men no matter how you look.

And last, but not least – be sure to carry your own gun!